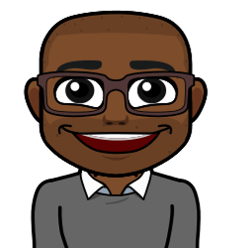 The State of California took a controversial and questionable step in altering the employment relationship between many organizations and their independent contractors. California enacted legislation requiring companies to consider most classes of independent contractors as employees of the company. Proponents of the law praise access to many potential legal protections afforded to company employees. Opponents decry the potential negative impact it will have on businesses, especially ones that almost exclusively hire contract employees. As one can expect that other states will consider similar legislation, there is a need to better clarify what workers will be protected and provide clear exemptions for the obvious situations of true independent contract work.

The intent of the law is to close the loophole companies use to avoid labor costs, such as benefits and certain types of taxes, by using contract employees or independent contractors to fill key roles in worker pool. In the State of California, regulations cover employees of a company employees with benefits requirements, wage protections, and other workplace rules. For the most part, California exempts independent contractors from these rules, which makes them attractive to companies looking to lower cost associated with labor. There is a strong argument, which California accepts, that independent contractors are not truly independent when many companies enjoy great control over these workers and these workers perform the same duties as current employees. Worker rights groups and prominent labor unions pushed this narrative, as unions will see this as a path to  expand access a broader pool of potential members.

Generally, a person is considered an independent contractor if they operate outside the direct supervision of the payer and enjoy control over work schedule, equipment used, and cost control. The payer, the company or person, may negotiate a fee schedule, provide a definition of the deliverable, and deadlines, but the independent contractor has control over the process and how they arrive at the deliverable. In the cases of true independent contractor relationships, organizations may seek to exert greater influence on how the end product is produced, as regulatory bodies and customers require greater insight into supply chains, including professional services. For instance, one might want to protect against contractors that might hire illegal or child labor or freely associate with criminal activity. Sometimes the burden is on the company to ensure compliance of expected behavior beyond the contractual clauses.

Another factor to consider is the growth in popularity of freelancing relationships, especially among younger workers. Many of these workers graduated into the stagnant economy during the Obama era, where permanent full time opportunities were limited, but when many tech companies offered new opportunities. Companies like Uber, Lyft, and others provided a way for people to earn compensation on their own schedule using the companies app. Besides some terms and conditions aimed at protecting end consumers, users of these apps were free to work at the own convenience, create their own strategy to maximize profits, and come and go as they pleased. The gig economy was born out of necessity created by an economic environment that did not create jobs, which many do enjoy working under.

These users clearly fall under the definition of independent contractor. While tech startups enjoy great profitability projections and popularity, the type of labor used still falls under the acceptable definition. Other service industry workers received exemptions from California. Service industry workers like barbers and hair stylists are considered independent contractors, although their shops enjoy greater control over the work process and cost generation than the tech startups. These companies could do more to provide access to benefits, but rules should be consistent, not based solely on the profitability of the entity.

The appropriate area of regulation is where organizations bring in these workers to perform duties similar to those of staffed employees. Many staffing companies provide organizations with contract labor to supplement existing worker bases without the cost of benefits and certain types of taxes. The company enjoys control over them as if they are staff, but also enjoys the lower cost of labor. These relationships are ones states like California should seek to apply the new regulations to. There is a plethora of contract employees performing exactly the same duties as staff employees at a much lower rate and benefit free from both the organization and the staffing agency.

The clear path forward is focusing regulation on labor sourced through staffing agencies where workers perform the same duties as current employees. Placing limitations of periods of temporary employment or greater rules around temporary to permanent positions may help improve access to benefits and tax dollars. But, gig economy organizations do deserve some level of exemption from classifying their users as employees. These users are not employees and operate under the clear definition of independent contractor. Companies could also help their case by providing optional access to benefits packages to users that utilize the app for a defined period.

The closing of the loophole is well intended as many companies are going too far in their labor strategies and leave many people exposed. But, policymakers should protect the availability of contract labor and independent work relationships, which benefit millions. Many people understand what they are signing for and accept the conditions. Regulate where appropriate, but in a fair and consistent manner. Understandably, the worker rights group and labor unions did not fund this effort without expecting access to these worker pools to bolster potential members. 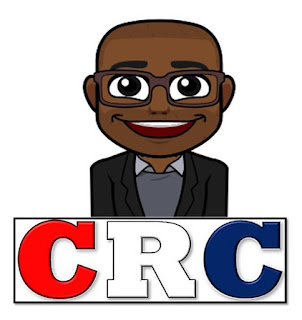 The law is dubbed "The Uber Law" which is troubling because governments should not be targeting individual companies or people, but behaviors. There are many people, including government employees, who utilize Uber to supplement their incomes. They do so on their own time, own strategy on how to maximize rides, and own flare to earn five star rides.

Understandably, many companies make more of their new hires contract employees, either at the beginning or a major portion of the work relationship. The dreaded contract to hire, where an employee can do good work and be strung on for prolonged periods of time. That is what policymakers should seek to limit. Because the companies do dictate schedule, process, and everything in between.

The labor unions driving this change are not doing this solely to protect the workers, but to reverse the decline in membership. As always, one has to follow the money. In this case, union leadership hope the money comes in the form of larger dues payments.